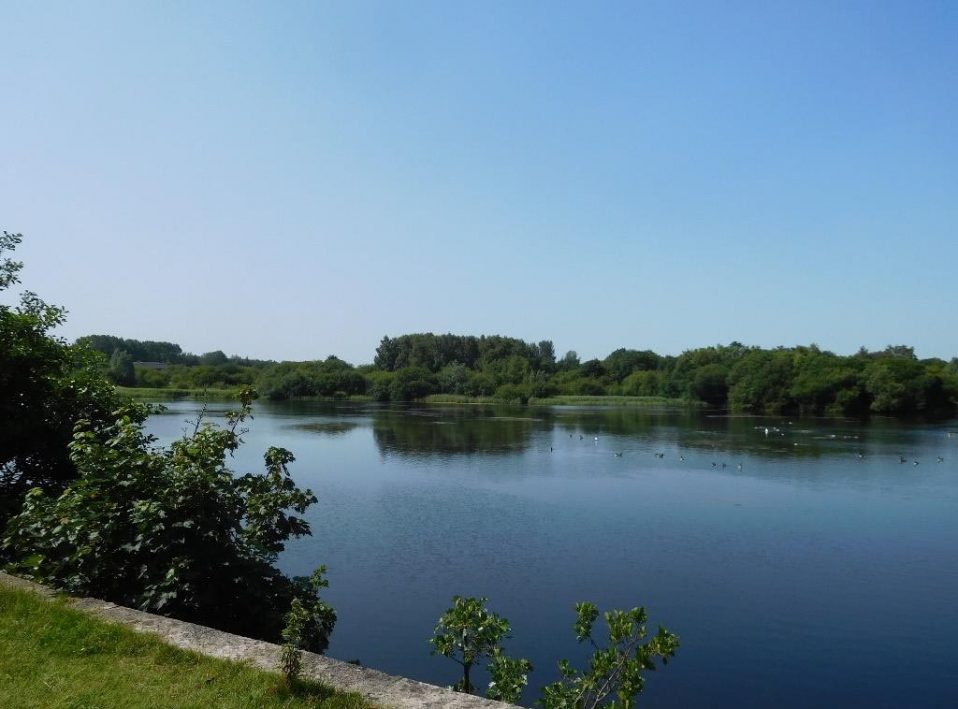 This quarter has been a difficult one because of the pandemic and associated restrictions. Volunteer work parties had to be suspended. The Flashes have had a lot of visitors, making use of the Reserve for their exercise. As usual the vast majority of visitors have respected the site and other users. There have been many positive comments from regular site users and those discovering the Reserve for the first time. Unfortunately, there has been an increase in anti-social behaviour as well. Areas of concern have been around:-
Fishing

There have been reports of inflatable boats used on Scotmans Flash by people fishing, of disturbance to the reed-bed, and also fires being lit. The police have attended on more than one occasion to deal with this.

Mountain bikers: These have been using Westwood area and causing damage to the paths and a hazard to walkers.
Littering: This is an ongoing issue, but has been more of a problem over the past few months with extra footfall. On the plus side, some caring residents have been voluntarily collecting litter and leaving it by the bins for
collection, and we all owe them a debt of gratitude. We don’t know who they all are, but if they contact Helen Nelson on 07860438449 she can arrange to supply them with litter pickers and rubbish bags.
Illegal camps: A shelter was removed from the woods near Bryn Marsh in May by LWT and Wigan Council staff along with a lot of rubbish. They dismantled a further shelter at Ochre Glades in June.
Vandalism: A section of the boardwalk was ripped up on the 1st of June. This was repaired voluntarily by a local resident, who had some spare decking boards. I’m sure we are all grateful for this kind and generous act.

In June two dogs, in separate incidents, had to be rushed to the vets after eating a noxious substance on the Reserve. Fortunately, the dogs survived, but please contact LWT if you hear of any further incidents.

Although the anti-social behaviour is disappointing, it is worth remembering that it is not just Wigan Flashes which have had an upsurge in anti-social behaviour. There have been similar problems all over the country, often with worse consequences. The Police have attended The Flashes on a number of occasions to move people on. The Council Resilience Team have also been checking on groups of youths.

There is good news as well in that the Green-winged Orchids which were introduced onto the site have flowered.

As you are probably aware, the new bypass is now open. There are walk-ways and pavements leading up to and over the new canal bridge. The pathway under the bridge on Scotmans side is now paved.

In addition, a section of canal bank has been shored up on Scotmans side, and there is a new landing stage near the lock. It may well be that some of you have been, or still are, isolating because of the pandemic, and have not been able to get out and see the changes, so there are a few photos below.

Grazing by Aberdeen Angus heifers is due to start soon on Lightshaw Meadows. A lot of work has gone into making the fields stock-proof.

If anyone noticed dead fish at Bryn Marsh in May, the Environmental Agency has investigated. Only mature bream were affected, and the conclusion was that the fish were stressed because they had recently spawned, and oxygen levels in the water were on the low side after the hot weather. General water quality was within the normal range when tested, so they have put the incident down to natural causes.

Work on site has continued during the pandemic, but has been limited because there have been no volunteer work-parties. In addition, the numbers of the public accessing the site have made social distancing difficult for LWT staff at times. Nonetheless, in addition to dealing with the results of anti-social behaviour, some of the usual maintenance and habitat work has continued. Several wind-blown trees have been removed at Horrocks Flash and Pearsons Flash. A further fallen tree was cleared from Scotmans Loop. Overhanging branches are being cut back. It is hoped some limited volunteer activity will be starting before the end of the month. There will be a lot more precautions to ensure the safety of volunteers from the risk of Covid infection.

No events are currently being planned because of the pandemic.

One of our members kindly sent word that a bittern had been seen at Bryn Marsh, and also 2 red kites over the Reserve.
Another member watched a roe deer swimming strongly down the canal recently. It jumped out near the concrete bridge.
Unfortunately, mink with kits have been seen by more than one person around the Hawkley end of Scotmans Flash.

The tenders are now in for the pathway works, and are being considered. Some work has taken place with schools on signage and interpretation.

Coppice Group
There is no news from the Coppice Group as sessions have stopped because of the pandemic. The Coppice Group usually meets every third Saturday in the month. Anyone interested in joining the group should contact Helen Nelson on 07860438449.

Hope all continue to keep well and safe, and that we get some good weather the rest of the summer.

Your ticket for the: July 2020 Newsletter